Living with Hope Beyond Reason: Part 2

Most of the world’s religions recognize that some of the deepest & most unknowable questions are examined through Biblical stories. One of the darkest & most difficult stories that contains some answers to the question of why painful, challenging situations occur & how to navigate them & move forward, is found in the story of Abraham & his son Isaac in the book of Genesis. 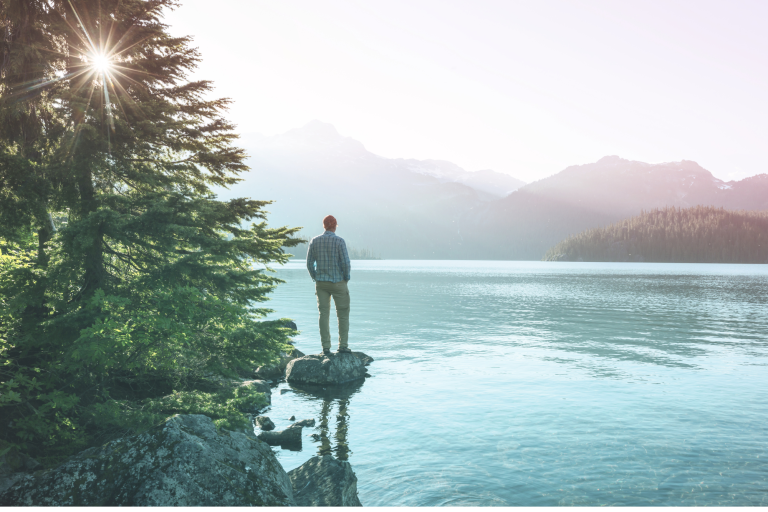 Going forward in hope that is beyond understanding

Most of the world’s religions recognize that some of the deepest & most unknowable questions are examined through Biblical stories. One of the darkest & most difficult stories that contains some answers to the question of why painful, challenging situations occur & how to navigate them & move forward, is found in the story of Abraham & his son Isaac in the book of Genesis. The story begins with one word. We read that on an ordinary day in Abraham’s life, he heard a voice, & the voice said to him one word: “Abraham” (who was known as the Patriarch of faith). And Abraham answered saying: “Here am I”. The voice was the voice of God calling down to Abraham & not for the first time. Abraham had discovered God in his heart & God knew that & so Abraham thought that this was just the start of another conversation with God. In previous conversations God had with Abraham, God had made a covenant with him promising to give him children in his old age & proclaiming that from those children would come a mighty nation as numerous as the stars in the sky. Though God’s plan made little sense to Abraham at his old age, he went forward without asking any questions, silently trusting God. God made it clear that the future of Abraham’s people, the seed of this great nation planned by God, lay with Abraham’s only son Isaac, who was given to him by the Lord. For the purpose of nation building Abraham raised him, nurtured him, & promoted him as the one who would live to reflect & build Abraham’s future, as directed by God, developing a mighty nation of God’s people who would spread God’s light unto the world through their faith.

And then we read that one-day, Abraham once again heard God’s voice. This time the message was not a promise but rather a commandment. Without any explanation, God told Abraham that he was to take his only son Isaac up to the mountain, lay him on the altar & sacrifice him to the Lord. In those days burnt offerings were commonly given to God in the form of animals killed & burned on an altar. However, instead of an animal sacrifice this time, God asked Abraham to place his only son Isaac on the altar & burn him instead of an animal. Can you imagine how Abraham must have felt hearing the God he loved, who loved him & had chosen him to be blessed to raise up a nation to lead the world in God’s ways, telling him to sacrifice Isaac, the son He had promised Abraham?

It must have felt to Abraham on some level that this was a totally irrational & cruel request on God’s part, too much to ask of any father. Have you ever felt that way, that God was asking too much of you? Abraham felt that Gods commandment was totally contrary to the loving God of mercy & steadfast unending love Abraham had always believed in & had always followed. However, we read in the Bible that upon hearing God’s command, Abraham did not say one word. He did not argue, hesitate, or refuse. He must have wondered why God would ask this of him. His heart must have been full of anguish, fear & incomprehensible confusion. This commandment made no sense to Abraham yet upon hearing this from God he went forward without a single word, trusting God knew what & why he was asking this of His servant. And so, in spite of the earthly emotional feelings he must have had, the fact was that his faith, trust & subsequent hope in God’s covenant with him was so strong, that it overrode all the earthly emotional feelings he undoubtedly had. In silence he simply walked forward with his son. When asked by Isaac where the animal was that would be offered as a burnt offering to the Lord, in total trust & hope beyond understanding, Abraham simply answered saying: “The Lord will provide the offering”. He did not know how, or why, or when God would complete His plan & provide a different burnt offering other than Isaac, but he believed in the goodness & steadfast love of the Lord & he believed that somehow goodness would come from God’s plan. In the silence of that walk to the mountain with confusion, dread, maybe even anger at God swirling around, Abraham dared to wonder & then to hope that there was some explanation, some higher logic than he saw & that God would provide an answer in God’s time. The story in Genesis ends with God providing a ram in the bushes for Abraham to use as a burnt offering, as Abraham had previously told Isaac God would.

In His commandment, God was testing Abraham’s faith to see whether he trusted God enough to sacrifice everything in order to go forward building a nation for God. In His mercy, God saved Isaac. By Abraham’s faith & hope beyond all reason, to the point of preparing to sacrifice of his only son seemingly to obey the Lord, God knew that Abraham’s trust in Him was unbreakable. In return for Abraham’s faith & hope beyond all reason & trust in God’s mercy & promise, the Lord fulfilled His promises to Abraham & Abraham was able to walk forward with God.

When Abraham was faced with trauma & pain, he had a choice as to how he would handle it, as we also do when we are faced with trauma in our life that unbalances us, be it: grief, illness, job change that shift our lifestyle, or messages from God we do not understand, etc. We can: be angry with God & blame Him, we can give up, despair, beg & plead that God fix things, doubt that God exists, step away from God, or like Abraham in the bible story, we can trust that God knows what is going on & have faith & hope that God’s will is merciful & that He will provide us with what we need in whatever way & whatever time He chooses.

In those times when despair clouds your life, I invite you, like Abraham, to walk in silence with God in faith trusting in His goodness & love for you, hoping beyond all reason that the goodness & mercy of God will prevail. These words are a remainder of the way to walk with God through the darkness of trauma: “In the darkness of nights, cling to the assurance that God loves you, that He always has advice for you, a path that you can tread & a solution to your problem & you will experience that which you believe. God never disappoints anyone who places his trust in Him.” AMEN